In the councils of government, we must guard against the acquisition of unwarranted influence, whether sought or unsought, by the military-industrial complex. The potential for the disastrous rise of misplaced power exists and will persist. We must never let the weight of this combination endanger our liberties or democratic processes. We should take nothing for granted. Only an alert and knowledgeable citizenry can compel the proper meshing of the huge industrial and military machinery of defense with our peaceful methods and goals, so that security and liberty may prosper together.

Our republic is evolving quickly into some sort of nationalist-kleptocratic union of industrial interests who have the political apparatus in their pocket. They have all the tools needed to market (dupe) the public into voting for their interests. Their interests are siphoning as much money as possible into as few pockets as possible. They have created a system where the Nation’s laws are being written for the sole purpose of enabling their greed. The nation is increasingly being organized for sole benefit of a vastly rich ruling class served by a vast underclass whose good is ignored. The underclass is brainwashed through mass media propaganda into supporting the very policies that are hurting them. All of this is viewed as being utterly patriotic. This is a shining example of American Exceptionalism.

So what are these complexes?

The most effective way to destroy people is to deny and obliterate their own understanding of their history.

The military-industrial complex. The classic, the original or at least the one you were warned about. It is still around and still draining a huge amount of money from the economy. Our defense budget is still the size of the next 10 largest in the World, yet it still isn’t enough. Any cut in spending sends people into a frenzy of fear. We have to be the World’s policemen and go around killing various enemies who really offer no threat to us at all. This leads to war after was that simply offer the defense industry the opportunity to profit on other’s misery. We could really do with a budget of half to a third of its current size. The only risk it would pose is to the bottom line and profit margin of defense contractors.

They who can give up essential liberty to obtain a little temporary safety deserve neither liberty nor safety.

The national security-industrial complex. This is the new and improved version of the original complex. Where the military-industrial complex is sold through nationalism and the ability to exercise raw power, this complex has the selling point of irrational fear. Make no mistake; this one is coupled to the other. The activities of this complex are cloaked in secrecy and a vast unspecified (black) budget that is completely justified in the eyes of the cowering-terrified masses of voters. Americans have agreed in overwhelming numbers to part with liberty and a great deal of money in service of this complex. The true aim of this complex is control by the powerful as well as profit. Again, the threats we are facing are vastly overblown.

I would argue that the security state we are creating is more of a threat to our way of life than any of the enemies they are “protecting” us from. We have allowed ourselves to become fearful as a Nation and we will suffer a fate befitting this trend. Recently and increasingly this complex is supporting the militarized and aggressive police.

Propaganda is to a democracy what the bludgeon is to a totalitarian state. 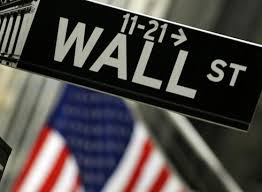 The financial-investment-industrial complex. You know who these guys are. This is the industry that almost melted down the economy five years ago. Bailouts happened and the incomes of most of the guilty were saved (if temporarily diminished slightly). Reform was promised and never delivered upon. Almost none of the shady, sleazy or corrupt practices that enriched the financial managers and preyed upon common citizens resulted in any legal action. New financial vehicles have been created to prey on the citizenry (e.g., student loans). More than nuclear weapons, this vehicle of mass destruction looms over the economy waiting for the next bubble to burst. The national-security-police apparatus was used to crust any resistence and treated the Occupy Wall Street movement like domestic terrorists. So much for democracy. 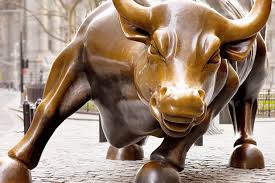 This complex has the money to buy immense favor, does almost nothing for society, and unlike the others produces only rich people. Somehow they have conned to electorate into believing that they create economic opportunity. Once finance did this, now all the opportunity is in the hands of the “shareholders” who are mostly financial managers. Increasingly business interests is just code for ability for executives to be compensated in repugnantly extravagant ways. Much of the deplorable situation with education can be traced to student loans as investment vehicles along with the concentration of wealth cascading to enhanced support of a cadre of private universities that serve the rich. No other complex is so singularly responsible for the erosion of the middle class as this one. 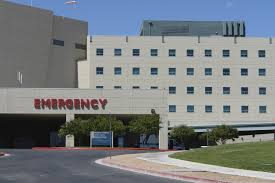 The medical-industrial complex. This complex is the two-edged sword of overwhelming good on one side and horrific greed on the other. Medicine does enormous good and healing people is a worthy profession. Too bad it has become the cover for a massive plundering operation. Medicine in the USA consumes nearly to over twice the amount of GDP than it does in other comparable Nations. In return for this massive cost we get substandard care. Our health outcomes and quality of care is actually lower than comparable nations. We get a lousy deal and the medical industry makes even more money.

Marketing is what you do when your product is no good.

Are Americans just incompetent? No. We simply have adopted a system that is immensely wasteful and has massive opportunities for profit taking by corporate interests who only care about how much money they make. These interests have managed to sabotage any effort to introduce a better system. Even a relatively favorable to industry, modest and small change is marketed to the electorate as being socialism. Yes I mean Obamacare, which is largely a free-market based plan that only modestly changes the dynamic. It only diminishes their returns a bit and does little to change the underlying problems. 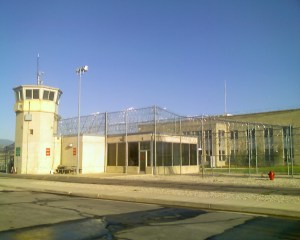 The criminal-justice-prison-industrial complex. The embarrassment we should be feeling over the incarnation rate of our citizens is absent. Do we really feel that the American public is so awful that they should be imprisoned at a rate two to ten times larger than comparable countries? Are Americans inherently violent and criminal in our conduct? Is that the way we are exceptional? The answer to all these questions is no. The problem is that power and money flow from locking up Americans. It has also become a convenient way of reinstituting “Jim Crow” laws.

These industrial interests have absolutely no interest of consciousness about the damage done to society. The good of society as a whole is not of consequence. All of these complexes are unremittingly self-interested and self-serving, only concerning themselves with their bottom line. This is the core of the problem. These complexes are monuments to shortsighted and internally focused narcissism without conscious or morality that considers the good of others. It is a derelict philosophy that the United States appears to have adopted as its core operating principle.

The election this week will be an enormous boon to the collection of “complexes” that run our lives. It will not be good for the economic, security or personal destinies of most Americans. On the other hand it will help propel the fortunes of the leaders of these complexes to new heights on the backs of the labor and suffering of most of the citizens. I’m not convinced that an alternate end to the election would have been bad for the complexes, just not as good. Complexes have broad bipartisan support. In other words they have enough money to legally buy both parties.