The road to Hell is paved with the best of conscious intentions.

Let me get to one of the key punch lines for this post, “no amount of mesh refinement, accuracy or computer speed can rescue an incorrect model.” The entire reason for doing modeling and simulation is impacting our understanding or response to the reality of the Universe. The only fix for a bad model is a better model. Better models are not something we are investing much effort in. This gets to a fundamental imbalance in high performance computing where progress is now expected to come almost purely through improvements in the performance of hardware.

Success doesn’t come to you; you go to it.

If the field were functioning in a healthy manner, the dynamic would be fluid and flexible. Sometimes a new model would spur developments in methods, algorithms for its solution. This would ultimately spill down to software and hardware developments. The dynamic that is working today would also manifest itself in the need for improvements in software and hardware to allow for solutions of meaningful models. The issue at hand today is the 20 year history of emphasis on hardware and its inability to yield progress as promised. It is time to recognize that the current trajectory is imbalanced and needs significant alteration to achieve progress commensurate with what has been marketed to society at large.

Modeling and simulation has become an end unto itself and lost some of its connection to its real reason for being done. The reason we conduct modeling and simulation is to understand, explain or influence reality. All of science has the objective of both uncovering the truth of the Universe and allowing man to apply some measure of control to it. As most things become to those practicing an art, modeling and simulation is a deep field combining many disparate fields together toward its accomplishment. This depth allows practitioners to lose track of the real purpose, and focus on the conduct of science to exclusion of its application.

Science has an unfortunate habit of discovering information politicians don’t want to hear, largely because it has some bearing on reality.

Why would any of this make a difference?

By losing sight of the reason for conducting an activity causes a loss of the capacity to best utilize the field to make a difference. Science has a method and its manner conduct is important to keep in mind. Computational science is a bridge between the reality of physics and engineering and the computers that enable it. The biggest issue is the loss of perspective on what really determines the quality of modeling and simulation. Our current trajectory is focused almost exclusively on the speed of the computer as the route to quality. We have lost the important perspective that no computer can save a lousy model. It just assures a more expensive, high fidelity wrong solution.

The quest for absolute certainty is an immature, if not infantile, trait of thinking.

The wrong solutions we are getting are not terrible, just limited. Science works properly when there is a creative tension between experiments and theory. Theory can be powered by computing allowing the solution of models impossible without it. Experiments must test these theories either by being utterly new, or employing better diagnostics. Without the experiment to test, confirm or deny, theory can rot from within essentially losing connection with reality. This fate is befalling our theories today by fiat. Our models are almost assumed to be correct and not subject to rigorous testing. More powerful computers are simply assumed to yield better answers. No impetus is present to refine or develop better models where all evidence points toward their utter necessity.

…if you’re doing an experiment, you should report everything that you think might make it invalid—not only what you think is right about it: other causes that could possibly explain your results; and things you thought of that you’ve eliminated by some other experiment, and how they worked—to make sure the other fellow can tell they have been eliminated. 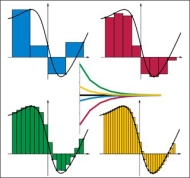 Applied mathematics is a closely related field where the same slippage from reality is present. Again the utility of applied mathematics is distinctly like that of computing; it is utterly predicated upon the model’s quality visa-vis reality. In the period from World War 2 until around 1990, applied mathematics eagerly brought order and rigor to modeling, simulation and related activities. It became an able and honored partner for the advance and practice of science. Then it changed. It began to desire a deeper sense of mathematical honor as pure mathematics had in its eyes. In doing so applied math turned away from being applied and toward being governed by mathematical qualities. The lack of balance has emptied applied math’s capacity to advance science. The same has happened with computing. We are all poorer for it.

Science is not about making predictions or performing experiments. Science is about explaining.

All of this may be overcome and the balance may be resurrected. All that is needed is to reconnect these fields with application. Application is a Gordian knot whose very nature powers science. Without the riddle and difficulty of application, the fields lose their vigor. The vigor is powered by attempting the solution of seemingly intractable problems. Without the continual injection of new ideas, the science cannot prosper. Such prosperity is currently being denied by a lack of connectivity to the very reality the fields discussed here could help to master. Such mastery is being denied by the lack of faith in our ability to take risks.

The intention (of an artist) is (the same as a scientist)…to discover and reveal what is unsuspected but significant in life.

Bad models abound in use today. A lot of them should be modified and discarded, but in today’s direction for scientific computing, we are simply claiming that a faster computer will open the door to solution. Many idealized equation sets are used in modeling that yield intrinsically unphysical solutions. The Euler equations without dissipation are a prime example. Plasma physics is yet another place where unphysical models are used because dissipation mechanisms are small. In macroscopic models dissipation is omnipresent, and leads to satisfaction of the second law of thermodynamic. Ideal equations remove this essential aspect of modeling by fiat.

The law that entropy always increases holds, I think, the supreme position among the laws of Nature. If someone points out to you that your pet theory of the universe is in disagreement with Maxwell’s equations — then so much the worse for Maxwell’s equations. If it is found to be contradicted by observation — well, these experimentalists do bungle things sometimes. But if your theory is found to be against the second law of thermodynamics I can give you no hope; there is nothing for it but to collapse in deepest humiliation.

In no place is this more greatly overloaded with con

The plural of anecdote is not data.

Another aspect of our continuum modeling codes is the manner of describing material response. We tend to describe materials in a homogeneous manner that is we “paint” them into a physical region of the problem. All the aluminum in a problem will be described by the same constitutive laws without regard to the separation of scales

between the computational mesh, and the physical scales in the material. This approach has been around for over 50 years and shows no signs of changing. It is actually long since past the time when this should have changed.

It is more Important to be of pure intention than of perfect action.

eld observation, and should the model be found to be in opposition to the observation, it must be found faulty. Modeling is rather an approach to more generally and broadly find solutions to theory. Thus theory can be extended to more nonlinear and complex models of reality. This should aid the ability of theory to describe the physical universe. Often simulation can act as a Laboratory for theory where suppositional theory can be tested for congruence with observation (computational astrophysics is a prime example of this).

Intention is one of the most powerful forces there is. What you mean when you do a thing will always determine the outcome. The law creates the world.

The bottom line is whether we are presently on a path that allows modeling and simulation to take its proper place in impacting reality, or explaining reality as part of the scientific method? I think the answer today is a clear and unequivocal, no. A combination of modern day political correctness regarding the power of computational hardware, over-selling of computing, fear and risk avoidance all lead to this. Each of these factors needs to be overcome to place us on the road to progress.

What needs to happen to make things better?

In the republic of mediocrity, genius is dangerous.