We are lost, but we’re making good time.

Lately I’ve been doing a lot of thinking about the focus of research. Time and time again the entirety of our current focus seems to be driven by things that are not optimal. Little active or critical though has been applied to examining the best path forward. If progress is to be made a couple of questions should be central to our choices: is there a distinct opportunity to progress? Or would progress produce a large impact? Good choices would combine the opportunity for successful progress with impact and importance of the work. This simple principle in decision-making would make a huge difference at improving our choices.

The significant problems we face cannot be solved at the same level of thinking we were at when we created them.

Examples of the two properties of opportunity and impact coming together abound in the history of science. The archetype of this would be the atomic bomb coming from the discov

eries of basic scientific principles combined with overwhelming need in the socio-political worlds. At the end of the 19th century and beginning of the 20th century a massive revolution occurred in physics fundamentally changing our knowledge of the universe. The needs of global conflict pushed us to harness this knowledge to unleash the power of the atom. Ultimately the technology of atomic energy became a transformative political force probably stabilizing the world against massive conflict. More recently, computer technology has seen a similar set of events play out in a transformative way first scientifically, then in engineering and finally in profound societal impact we are just beginning to see unfold.

If we pull our focus into the ability of computational power to transform science, we can easily see the failure to recognize these elements in current ideas. We remain utterly tied to the pursuit of Moore’s law even as it lies in the morgue. Rather than examine the needs of progress, we remain tied to the route taken in the past. The focus of work has become ever more computer (machine) directed, and other more important and beneficial activities have withered from lack of attention. In the past I’ve pointed out the greater importance of modeling, methods, and algorithms in comparison to machines. Today we can look at another angle on this, the time it takes to produce useful computational results, or workflow.

Simultaneous to this unhealthy obsession, we ignore far great opportunities for progress sitting right in front of us. The most time consuming part of computational studies is rarely the execution of the computer code. The time consuming part of the solution to a problem is defining the model to be solved (often generating meshes), and analyzing the results from any solution. If one actually wishes to engage in rigorous V&V because the quality of the results really mattered, the focus would be dramatically different (working off the observation that V&V instills diminishing returns for speeding up computations). If one takes the view that V&V is simply the scientific method, the time demands only increase and dramatically and the gravity of engaging in time consuming activities only grows. What we suffer from is magical thinking on the part of those who “lead” computational science, by ignoring what should be done in favor of what can be more easily funded. This is not leadership, but rather the complete abdication of it.

When we look at the issue we are reminded of Amdahl’s law. Amdahl’s law basically establishes a law of has a program dominated by a single process eventually the parts you can’t speed up will eventually control the speed under optimization. Today we focus on speeding up the computation that isn’t even the dominant cost in computational science. We are putting almost no effort into speeding up the parts of computational science that take all the time. As a result the efforts put into improving computation will yield fleeting benefits to the actual conduct of science. This is a tragedy of lost 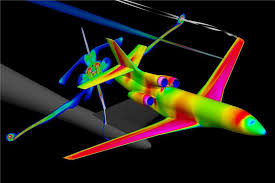 opportunity. There is a common lack of appreciation for actual utility in research that arises from the naïve and simplistic view of how computational science is done. This view arises from the marketing of high performance computing work as basically only requiring a single magical calculation where science almost erupts spontaneously. Of course this never happens and the lack of scientific process in computational science is a pox on the field.

For engineering calculations with complex geometries, the time to develop a model often takes months. In many cases this time budget is dominated by mesh generation. There are aspects of trial and error where putative meshes are defined, tested and then refined. On top of this, the specification of the physical modeling of the problem is immensely time-consuming. Testing and running a computational model more quickly can come in handy as can faster mesh generation, but the human element in these practices are usually the choke point. We see precious little effort to do anything consequential to impact this part of the effort in computational science. For many problems this is the single largest component of the effort.

Once the model has been crafted and solved via computation, the results need to be analyzed and understood. Again, the human element in this practice is key. Effort in computing today for this purpose is concentrated in visualization technology. This may

be the simplest and clearest example of the overwhelmingly transparent superficiality of current research. Visualization is useful for marketing science, but produces stunningly little actual science or engineering. We are more interested in funding tools for marketing work than actually doing work. Tools for extracting useful engineering or scientific data from calculation usually languish. They have little “sex appeal” compared to flashy visualization, but carry all the impact on the results that matter. If one is really serious about V&V all of these issues are compounded dramatically. For doing hard-nosed V&V visualization has almost no value whatsoever.

If you are inefficient, you have a right to be afraid of the consequences.

In the end all of this is evidence that current high performance computing programs have little interest in actual science or engineering. They are hardware focused because the people leading them like hardware; don’t care or understand science and engineering. The people running the show are little more than hardware-obsessed “fan boys” who care little about science. They succeed because of a track record of selling hardware-focused programs, not because it is the right thing to do. The role of computation is science should be central to our endeavor instead of a sideshow that receives little attention and less funding. Real leadership would provide a strong focus on completing important work that could impact the bottom line, doing better science with computational tools.