The purpose of life is not to be happy. It is to be useful, to be honorable, to be compassionate, to have it make some difference that you have lived and lived well.

As one gets older and enters into the heart of mid-life, it is natural to contemplate ones place in the World. I’m deep into such contemplation. I’ve been blessed with work with meaning for much of my adult life, but that meaning seems to have leaked away recently. Part of my thinking is the decision of whether this is a local or global conditio

n. Are things worse where I am, or better than the average? For most of my adult life, I’ve had far better conditions than average, and been able to find great meaning in my work. Is the steady erosion of the quality of the work environment a consequence of issues local to my institution or organization? Or is it part of the massive systemic dysfunction our society is experiencing?

If the problem is local, I could leave for another organization, or another institution that is functioning better. If it’s a global issue, then its not something I can likely influence (much), and its time to ride the storm out the best I can. Right now my money is on the issue being global, and we ought to all be ready for the shit to hit the fan. My guess it is already happened, the shit storm is in effect and we are headed into deep trouble as a Nation and the World. We have repugnantly dysfunctional National

government, led by an incompetent narcissistic conman without a perceptible moral compass. Racial tensions, and a variety of white supremacist/right wing ultra-Nationalists are walking the streets. Left wing and anarchist groups are waking up as well. Open warfare may soon be upon us making us long for the days where sporadic terrorist attacks were our biggest worry. A shit storm is actually a severe understatement; this is a fucking waking nightmare. I hope this is wrong and I could simply find a better place to work at and feel value in my labors. I wish the problem was simple and local with a simple job change fixing things.

Work is an important part of life for a variety of reasons. It is how we spend a substantial portion of our time, and much of our efforts go into it. In work we contribute to society and assist in the collective efforts of mankind. As I noted earlier, I’ve been fortunate for most of my life, but things have changed. Part of the issue is a relative change in the degree of self-determination in work. The degree of self-determination has decreased over time. An aspect of this is the natural growth in scope of work as a person matures. As a person grows in work and is promoted, the scope of the work increases, and the degree of freedom in work decreases. Again this is only a part of the problem as the system is working to strangle the self-determination out of people. This is control, fear of failure and generic lack of trust in people. In this environment work isn’t satisfying because the system is falling apart, and the easiest way to resist this is controlling the little guy. My work becomes more of a job and a route to a paycheck every day. Earning a living and supporting your family is a noble achievement these days, and aspiring to more simply a waking dream contracting in the rear view mirror of life.

Creative autonomy is essential for the work I do to be satisfying. It is essential to the work being effective. I can’t be an effective problem solver if most of my best options are off the table. We exist in a system where the solutions are dictated in advance. No one is trusted to solve any real problems, just work toward the solutions that have been pre-ordained. Autonomy is threatening to the system because the trust in people is so intrinsically low. The result is the leaking away of meaning in work. The control that exists only calms the deep fears of a system that is failing. Inside the model where we are teetering on the edge of a societal shit storm, the attempt to control makes sense. The system is desperately trying to hold onto whatever control it has, fearing the unraveling about to unfold. Fear makes us do stupid things, and the fear is simply throwing fuel onto the fire by making everyone simply hate life.

The purpose of life is a life of purpose. 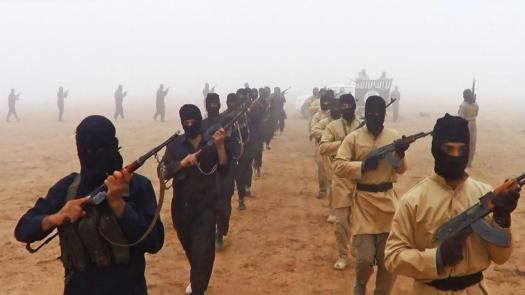 I’m trying to grapple with what is happening in my own experience through the lens of the bigger picture. We see a contraction of the trust and autonomy necessary for me to enjoy work. This is in direct reaction to the fears unleashed by the changes in society, and the terror these changes have induced in much of the population. The old world is coming to an end, but not without a fight. People are genuinely frightened by change, and for most people the most comfortable place is the past. They are holding onto the past with a fervent passion, but the future is unstoppable. In between the two is conflict and pain. For someone like myself who demands work that makes progress, I might have to take a break and simply resign myself to defending the progress that has already been made. No new progress can happen without trust in an environment dominated by fear. We are simply trying to maintain the progress that has already been won.

Imagine what our story would look like if, rather than succumbing to the insistent voices of family or culture, we determined that our vocation was to be a better human.

The domination of fear has an extremely large impact on the appetite for risk; there isn’t any. Part of the fearful environment is the inability to accept anything that looks, smells or even hints at failure. Without failure you don’t have learning or achievement. Research depends on failure because research is basically learning in its rawest form. Let me be clear that I’m talking about good failure where you try your best, making a best effort and coming up short. Most of the time a failure leads to learning something new. You tweak your approach or knowledge on the basis of the experience and grow. Without failure you short-circuit expertise. We need to energize failure in many small things to engage success in big things. All of this requires the sort of deep trust that our current World is almost devoid of. A combination of courage and trus

t can unleash people’s full potential through allowing them to fail spectacularly and then fully support the next step forward. Today, cowardice and mistrust dominate and even marginal failure results in punishment. It is corroding the foundation of achievement. It makes work simply a job and life more survival than living.

Since our current World is so deeply arrayed against personal success and growth, it might be wise to seek other avenues of fulfillment. Perhaps work is most healthily viewed as simply a task of mere survival. The current environment is so rife with fear, and patently incompetent that no one can really reach their potential. This isn’t a conclusion I like reaching, but the evidence seems overwhelming. Fear and mistrust have led to overarching control issues that remove any degree of personal control for achievement, or at least control while staying inside the rules. If one is willing to completely ignore the rules, success can be had. If one plays by the rules, success is absolutely impossible. The rules of the game are written to avoid all of the acts necessary for success because these involve risk and danger. Fundamental to success is trust, and trusting someone is beyond our collective ken.

The purpose of life is to contribute in some way to making things better.